BREAKING NEWS: Suspect in the Murders of 2 Republicans Commits Suicide in Police Custody 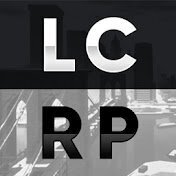 By Liberty City Roleplay
December 1, 2022 in Crime and law enforcement